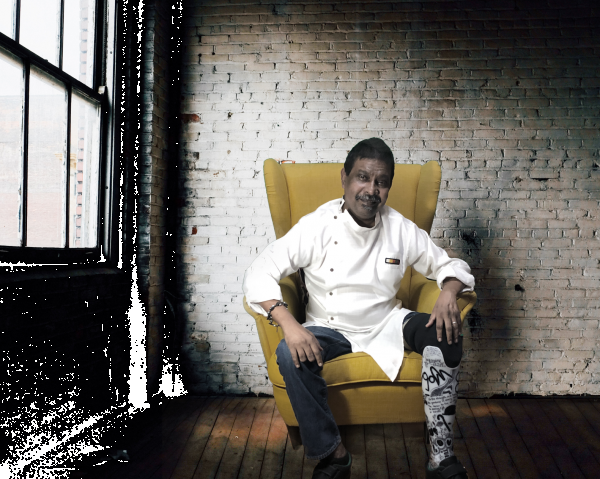 I am Tagore Almeida, born in the beautiful state of Goa in western India. I grew up in Goa, London and Dubai and now live in Singapore, though I am now a Portuguese citizen, I am truly a citizen of the world at heart.

I am an IT person by profession and moonlight as a creative hippie by night. In reality I am fortunate to be the son, brother, husband, father, uncle and friend to those in my core world.

As a film maker, two of my scripts were made as feature films in India and i have directed a number of short films that have done the film festival rounds.

The Inspiring Story Of ….. ( who i was, what i became )The Inspiring story of Tagore and when its talking about me … I was a loner having been raised away from family and in boarding schools, so i always craved for attention that I felt I needed. One fine day and only perhaps over the past decade I realized that sort of a search will never end, so I became the support to myself. Suddenly, the universe began listening to the music of my existence and I began attracting nicer people who were keen to share their life with ne and wanted to know mine.

No ulterior motives, a human connect that I desperately sought was here, in my podcast, my film buddies in India. I began getting introduced to people who I had aspired to be like but had given up on being like. Never compromise on the human you want to be and Life will pave the way to that dream.

You need to have the discipline to work sincerely, do not cheat and take short cuts, do not be lazy and never be proud of what you have achieved. It is all short term, so cherish your values of your parents / grandparents, be the human you have designed and live a good life. if people remember you with a smile, job done.In your story what was the Dream that you wanted to build up …..Many dreams, infact oceans and oceans of dreams.

Starting from being a pride to my loved ones to being a better human being, so that even though I might not change the world, I would touch the lives of the people that I meet. I believe that if we are not part of the solution then we remain a part of the problem, so it is important to reach out an help, even if it is helping a child or an aged person cross the street to speak on issues the world must get over like poverty, racism, equality etc.

The dream was to address these via the mediums of art, such as cinema, poetry, music etc. Being able to leave a legacy of inspirations for the kids has to be the biggest achievement.
The problem i was facing …. ( emotional, financial , uninspired, self blocks )the problems I really had were self inflected, everything outside of that were just opportunities that life had offered me., I had to figure out how to overcome those and come out victorious, Emotionally I was a wreck because i let the worm people in – my fault.
Financially i always have the funds that I need. My dreams had to be owned by ME and nobody else and I had to make then happen, right from conceptual to meeting and convincing stakeholders. Moving onto my journey, walking away many a time if needed just to do justice to the dream life had gifted me. Of course there are days of mental blocks and now instead of feeling pressurized and depressed I park it and move on to do something else.
The obstacles i was facing … ( hurdles that seemed like mountain to put an action plan )The biggest obstacles was me and my reason to do things. When your reasons are not right, you compromise and attract the wrong people and you accept them only then to be used and abused by these folk. I had to learn that these dreams were mine, and it was ONLY upto me to keep these dreams clean. Once I understood that i began attracting people who were more aligned with me on these journeys, not just for a quick success but for long term ones and better still people who inspired me and I inspired them it seemsThe OutOfBox thing in my mind …. ( i need to rise and how ? )In late 2016 I had a below the knee left leg amputation and was confined to a wheel chair. I truly felt my ambitions were over, however since then I have directed to short films (one indoor and one completely outdoors). During the pandemic, I wrote my first novel that is due out in the next few months. i transitioned some of my poems into SpokenWord format and since I was in a wheelchair and couldn’t go out to socialize that easily, and I love meeting people, I embarked on a podcast series wherein i get to talk to some of the coolest people in our midst. All of this happened only because I decided to take the punch and stand up again, even if i had to hold on to a million things as support I decided to stand up and do everything I wanted to.The initial attempt …. ( my first fix, what i learnt from it )Even though I had managed to sell my first film within months of writing it, I made a big mistake which was that I lost focus on what I was doing it and why I was doing it. I came across one of those folk who have done nothing in life bit are living off their parents legacy. They have no spine and live by taking peoples ideas and scripts and then conning you to let them represent you.

There are bad people of cinema in terms of they should not have the power they have. They might as well wake up one morning and own a junkyard and how would run that is how they run this element of cinema. They are not creative at all, just there to tag their name onto projects.

So I gave in to getting my foot in the door rather than staying loyal to my script. I regret than tremendously but swore never again, and that is how it has been. Remember, my story, my dream, my journey and I need to work with people who want to better that dream, contribute to it, for what ever reason, but they cannot be bigger than the project.
The light at the tunnel end … ( aha … i can see i am on the right track )The light for me is that thanks to the year I took off and the onward efforts in cinema, I can today fairly honestly say that depending on what I have in terms of content I can get to meet who I want to in Mumbai film industry, except some of the very big names I would say.

It all has to do with content and your approach and attitude to it.
The Ultimate action that paid me back …. ( i worked on a few key areas to see results )I took a Sabbatical year off when i was in the middle of my career. I gave it all up in terms of a job and good income and moved back to Goa and lived with my parents. It was literally like sitting in an expensive restaurant one week and the same day the following week I was having tea on the streets. But, I took that time off to pursue my ambition which was to write a script.

i wrote the script, dialogues screenplay and even the lyrics to the songs in the film, I didn’t care how I was going to sell it but i knew i had to do this. That experience changed my life, i began believing in myself creatively. i learnt a lot more about film making and the people associated with it.

This helped me understand where I wanted to be on that journey, my ambitions and what it was that I was willing or not willing to compromise on. That entire experience opened the doors to that world.
What i want to tell you as conclusion of mine from my story …. ( your bite of inspiring others )Work hard and work honest. Rise above the masses mentality, dream big and have the guts to do so. The harder you work and with the most pure of sincerity your fruits of success will not only taste sweeter but will last for generations.

Also, only you can overcome your challenges and these are challenges on YOUR journey path. Do not expect others to solve it for you. You may seek help, but the battle is yours alone and so will the success be. Never forget that. Seek inspiration and be the inspiration.