Cortez announces his new album release and a new musical journey into hard rock. The Italian artist still believes that rock and roll dreams can become true and he tries to describe them in his new work: 11 powerful songs and 2 power ballads led by a new single out now, called “Arabian Nights.” The new album (AB Music) will be available on all streaming and digital stores June 4, 2021. Fans who pre-save the album on Spotify can download an exclusive album digital booklet on Cortez’ website. 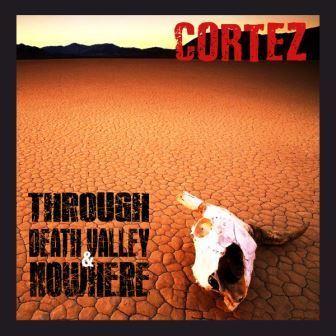 This is the explanation by the rock artist about the first impact to the new album, after his recent disco funk works.

“I love everything on the seven notes: soul, funk, rock and roll, jazz. But when I started, when I was a kid, I played in hard rock and heavy bands. I was a vocalist. I was young and my room was filled with vinyls and posters by Deep Purple, Led Zeppelin, UFO, Free… and you know, the first love is never forgotten.”

This new release has been anticipated by the single “Arabian Nights,” out now and available on music streaming services.

This is Cortez official coming back to hard rock music, after his 2013 release, “Under the Gun.” The album has been written, performed and produced by Cortez himself at Alessandro Bagagli Music studio of Rome.

The Italian artist has lived a long period of trouble and difficulty, like anyone else, contaminated by this pandemic disaster that COVID-19 has been and still is. “Through Death Valley & Nowhere” talks about our fears and our dreams. The enemies described in the title track are not real. “I don’t mean to fight against anyone. I’m talking about a struggle against our pride, our sense of defeat, to combat our resignation.”

“Through Death Valley & Nowhere” has obviously been influenced by this long period people are living and it talks about some reaction to come to a new life and defeat prostration and frustration, common feelings among us, our friends and relatives.

This album is a journey into our souls and a cry of hope for anyone. Fans and followers can join this journey with a Spotify pre-save by clicking here.

For the ones who are going to pre-save the album, a digital booklet of “Through Death Valley & Nowhere” featuring pics, lyrics and credits will be available for download on Cortez’ website.