Studio CarryOnHarry brings on board Writer Director Michael P Blevins on occasion of his newly released film Digging To Death. In a candid talk filmmaker shares his journey in Hollywood filmmaking and making of his new film.

About You and Your background ? Lets begin days when you were aspiring to be , Days When you became what you are , professional upgrades in your journey? 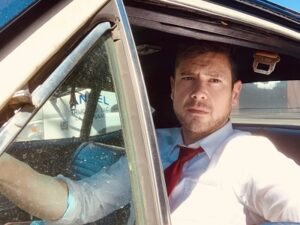 I’m from Kansas City, Missouri. I decided I wanted to be a filmmaker when I was 17 years old. I made 3 small micro budget features in KC before I moved to LA in 2012. From there I aspired, started a lighting company, and finally transitioned into directing and producing in 2018.

Suspension of disbelief. If I don’t believe what’s happening why the hell should I expect anyone else to? I get PUMPED for these stories and essentially believe every second of it. I’m essentially my own favorite audience member.

I come up with a story and hammer it out. I don’t like writing when uninspired. I gotta be pumped. I like writing rolls for people I have in mind, and if they’re unavailable then I see what the universe brings to the table

My biggest thing I’ve worked on is my patience and my ability to respond vs react. Patience really makes the movie work, even when you can’t be patient, you have to be patient. You just have to hold steady

Filmmaking isn’t tough. It’s damn near impossible. Granted that’s at first, but then it slowly gets easier. My team are all pros and work in the industry in LA consistently so it was hard to lock them all down for this one but we just did.

Justin Jones has DP’d countless big budget high concept music videos, Thomas Bangert is an internationally recognized filmmaker, and Vanessa Zamarripa just did Army of the Dead, amongst a plethora of other awesome movies and shows

Share your thoughts about production process . Any interesting trivia about its making ?

We almost killed Tom Fitzpatrick in that box. It was January in the rain

What platforms will the film be released ? Date of release ?

It’s out— everywhere but Netflix rn

The next movie is called The Devil Comes to Kansas City…. and it is NUTS. Gonna be a helluva wild ride 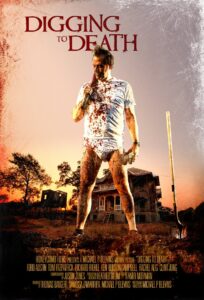 Haha I made this movie for me to enjoy. I listen to positive criticism but typically the haters hate and the fans fan. I like hearing critiques from my idols and people I look up to. Everything else is just white noise