Studio CarryOnHarry : In talks with Washington DC Music Artist Saint Brown whose new album “Therapy Sessions” will be out soon . Raised in Washington DC, saint takes an autobiographical approach to his music with real life stories that attribute to his life growing up in the city. His music is inspired even more when he knows he is reaching others and letting them know they are not the only ones going through hardships. He is a major fan of 90’s hip hop and it reflects in his lyrics and songs. 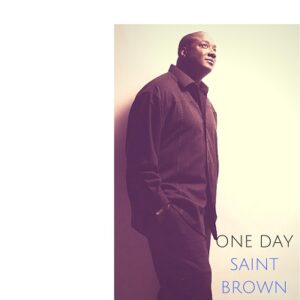 My name is Saint Brown, i was raised in Washington DC, started rapping about 4 years ago with another DC rapper Tony Cobain. Together our duo started a group known as Conscience Media. This group did a lot of party songs that are rated for everyone to listen to.

After a while, I began to realize that this rap platform allowed me to unload some personal stories that were very stressful in  life. I started doing solo songs that portrayed different times in my life where things were not that great. I love sharing these stories with others and looks forward to sharing many more. Currently in Nursing school also.

Since high school, so over 20 years. I went to Duke Ellington School of the Arts, where I studied theater and creative writing. Since then, I have been in a few independent films, written some shorts and currently working on a full-length screenplay. Music soon became a passion in the last few years and I kind of just ran with it. I had a troublesome life growing up and with each song I make, it feels like a small burden is lifted off of me.

The comments people make when they tell me that my song moved them, or they could relate to it. Knowing my music is having an impact is awesome! 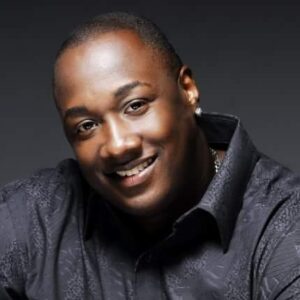 One time, I received a message from a woman stating that “I hate your song!!! It made me cry!” I was like “whoa!” until I read the rest of it. She told me that it opened her mind to a previous time in her life that was unpleasant for her. She went on to say that she could relate to the song, and said she didn’t truly hate it. The fact that I sparked an emotion is a good thing.

Listening to 90’s music growing up was a big inspiration to me. Listening to people like Eminem, J Cole, Rakim, Slick Rick, Biggie, Tupac, Big L, and folks like that. When I create music, I dig deep into myself and pull up the stories of me growing up. The raw emotion of the memories helps me to create. My music is emotion driven with each story I tell.

I want to convey that some of the things I went through, you may be going through to. That there is a solution. You are not alone. I want a moral of the story to be seen and heard.

One Day is a true story of my life growing up, and I put it in a story. It depicts how I was feeling and some of the dark thoughts that I battled with at the time. There are others that struggle with same situations and now they get a true depiction of a perspective that maybe they didn’t see.

I wrote this song in an emotional state. it took about ten minutes to get the whole thing down on my notepad. Fastest song I have ever written.

Tony Cobain for motivating me to start doing music. Madison Willette for rolling with me on a couple of song. Sugeiry Lopez for being support figure and muse. Karla Mackey for always believing in me. Soundking Studios for helping me find my sound. David “The Oh” Oliver for showing me perseverance and diligence wins every time. Midi-east studios, Millicent, Yulia, Len-ski, Delvon Ford, Darci Ramirez, and many more!

I see my catalog twice the size it is now with more people being moved by the emotional aspect of the lyrics.

By trying different styles of rap. seeing what else I can do. I kind of want to do some House music genre music as well.

Popularity Views : 102 Traveling Asia is something that everybody ought to experience at least as soon as in their life time. When you travel to Asia, there are so many points to see and do; make sure that you plan your journey ahead of time. Nevertheless, bear in mind to leave some downtime in