Studio Carry On Harry [ Interviews with Authors ] Book Talks with Author Lewis Crow. Occasion being his New Book Release “The Lone Captain‘” . Today in this interview session he is about to introduce his book to us and shares his experience as an author. He is also going to share his writing process and will share some tips for new authors .

I grew up as an only child who was blessed with a vivid imagination. Television was a large influence on me, and I used to make up stories for my stuffed animals and action figures. For as long as I can remember I have been fascinated with ships. I built scores of ship models and insatiably researched the histories of famous and not-so-famous vessels as well as the wars in which they fought. As the son of a World War II veteran, that conflict held special interest for me.

My life has been fairly ordinary, so it doesn’t offer me much to draw from. It’s the movies, TV shows, and books which have fired my imagination that influence my storytelling far more than the events of life: the pure adventure of Star Wars and Twenty Thousand Leagues Under the Sea; the ensemble characters of the Star Trek franchise; the intricate plots of the Mission: Impossible TV series; the striking visuals and not-so-happy endings of Miami Vice; the compelling plotting and wild stories of Clive Cussler. All these have shaped my plots and characters.

Probably something like, living your destiny can come with great rewards—and great costs. 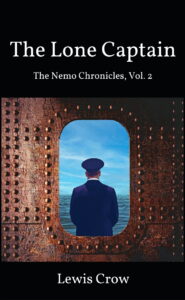 The Lone Captain, the sequel to The Nautilus Legacy, is Book 2 of The Nemo Chronicles Trilogy. The idea came from my desire to see the story of Jules Verne’s Captain Nemo and his wonderful submarine Nautilus continue. After plotting out a timeline that harmonized with the one in Verne’s two Nemo novels (Twenty Thousand Leagues Under the Sea and Mysterious Island) and was true to the world he made, I created a way for the submarine to be resurrected by Nemo’s son. New voyage and adventure ideas followed as I researched the history of that era and the topography of the oceans. Looking back now, nearly 30 years after writing the first draft, I see that I only had to make minor revisions to the story. The final version turned out to be a stronger version of what I began with, but the basic story remained unchanged.

Certainly there are some aspects of my Nemo that are reflective of my own personality—intelligence, imagination, sense of family, and strong belief in his principles. Just as a child contains elements of both parents, this character is a fusion of his parents—Verne’s Nemo and me. I don’t normally hide myself in what I write. I prefer to let characters just naturally take on aspects of my makeup when needed.

Since most people are a mixture of good and bad, I think evil intentions are the most challenging to write. The reasons they are evil must be believable, and that’s hard to do convincingly. Otherwise, you end up with one-dimensional caricatures. Many actors have stated that it’s more fun to play evil characters, and I do get a certain kick out of putting a real “bad guy” into the story now and then. Perhaps most challenging is when the evil is something inside the “good” protagonist himself. That’s a notion I’m working on in another story I’m in the process of revising.

I definitely try to structure the story in advance while still allowing some room for spur-of-the-moment ideas to come up as I’m writing. A written outline is wonderful to have for reference. The best thing to have before hitting a roadblock? From experience I would say a bank of extra plot ideas or story arcs. It’s always better to write more than you need, as opposed to scrambling to come up with enough ideas to fill the book.

The Lone Captain is my second published book. It is a continuation of the first, but whereas the first was largely an “origin story” if you will, this one is a full slate of adventures with the core characters already introduced and fleshed out. It’s where things really hit their stride. I initially toyed with the idea of making them one long book, but as I wrote there seemed to be a natural stopping point between the two.

My favorite character in The Lone Captain is Eileen Meagher. She is alluring and mysterious, and I think I fell in love with her when I wrote the story. I based her appearance on British singer Kate Bush—her mane of dark hair, her big eyes and milky complexion. I would love to have met her at some point in my life, but nowadays my wife would doubtless take a dim view of such an idea! 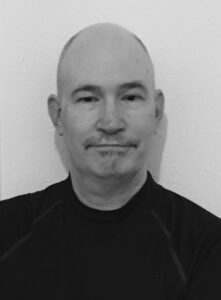 Negative feedback always stings. I’ve never handled criticism well, and I tend to take it personally. I’m trying to remind myself that not every story is for every reader, just as not every type of music is for every music fan. Each thing (hopefully) finds its audience. Someone once said if you don’t believe the bad reviews, you shouldn’t believe the good ones, either. Mainly I just try to be true to my vision for the story and please myself.

I’m currently working on two things: a light science fiction novella about a writer in an emotional crisis and the third/final volume of The Nemo Chronicles.

Learn how to mercilessly edit your own stuff. The more surgery you can do by yourself, the less it will hurt when someone else does it.

I saw a posting in a book promotion Facebook group. I hope this interview meets your requirements. Thank you for the opportunity to participate.